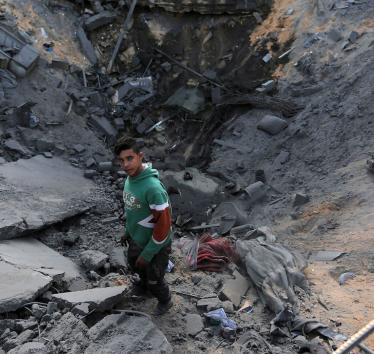 November 16, 2019—The Argentina and Uruguay national football teams are planning to go ahead with a “friendly” match in Israel, despite Israel’s recent attack on Gaza that killed

Red Card Israel
November 16, 2019
By:
Palestinian Campaign for the Academic and Cultural Boycott of Israel (PACBI) 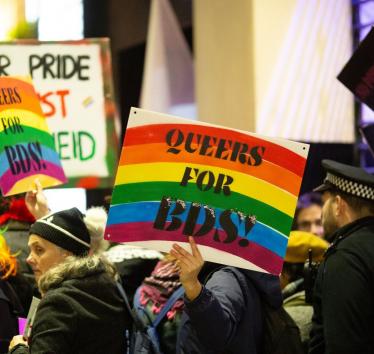 El Casal Lambda cites their “long and extensive experience defending human rights” in cancelling event that was due to screen Eurovision, taking place this year in apartheid Tel Aviv

Cultural Boycott
Boycott Eurovision 2019
Say No to Pinkwashing
May 9, 2019
By:
Palestinian Campaign for the Academic and Cultural Boycott of Israel (PACBI) 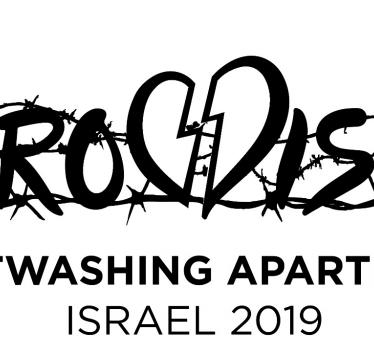 More than 140 artists from Europe and beyond support the appeal from Palestinian artists to boycott the contest next year. Quotes from signatories here.

Cultural Boycott
Boycott Eurovision 2019
September 7, 2018
By:
More than 140 Artists from Europe and beyond, published in The Guardian 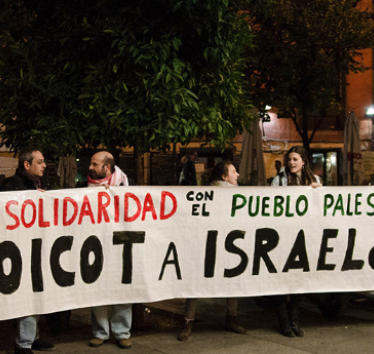 Israel’s actions expose its escalating repression and system of apartheid 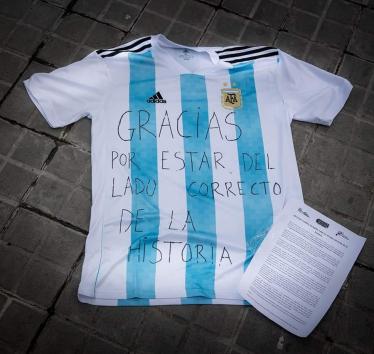 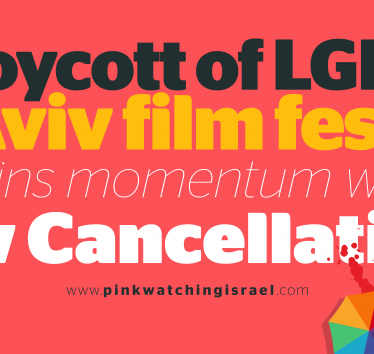 A total of eleven artists and filmmakers have supported the Palestinian call to boycott TLVFest this year. 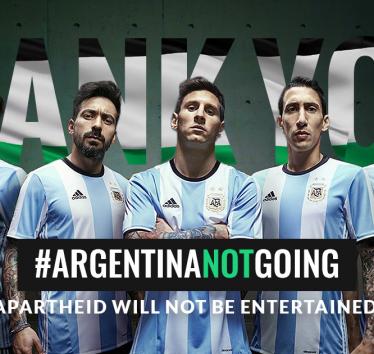 Mobilizations across the world succeed in thwarting the Israeli government's use of the match to cover up its war crimes and egregious human rights violations against Palestinians.

Tarjeta roja a Israel
June 6, 2018
By:
Palestinian Campaign for the Academic and Cultural Boycott of Israel (PACBI) 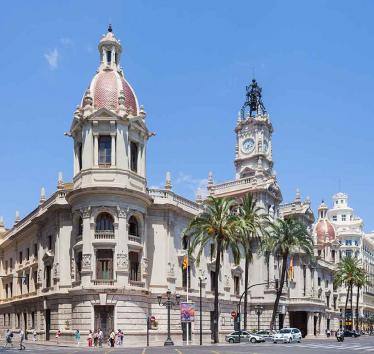 A wave of major cities across the Spanish state have expressed strong support for Palestinian rights. They have all denounced President Donald Trump's decision to move the US embassy to Jerusalem and slammed Israel's latest massacre of Palestinians in Gaza. Many have called for an arms embargo on Israel and urged governments to ensure its implementation. 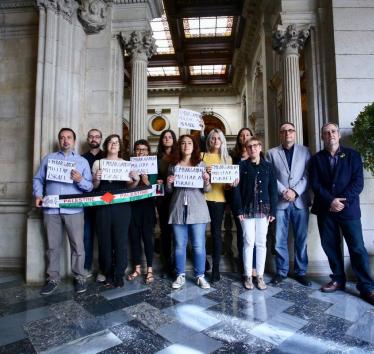 Barcelona becomes largest city to heed the Palestinian civil society call for an end to arms trade and military and security cooperation with Israel’s regime of apartheid, settler colonialism and occupation.