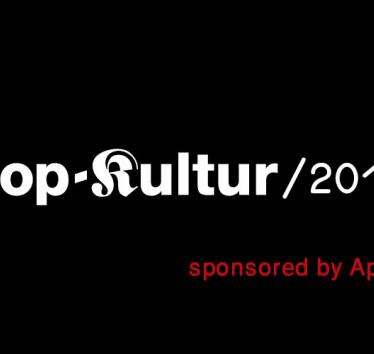 Boycott the “Pop-Kultur” festival in Berlin

As in the struggle against apartheid in South Africa, a regime of oppression and racism should never be welcomed in cultural spaces under the pretext of oppeness and inclusion. 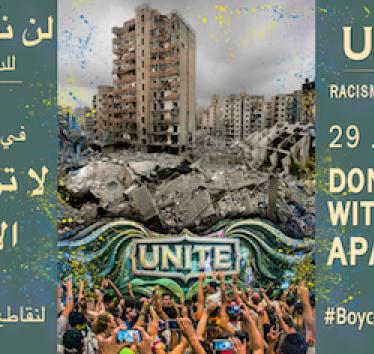 On July 29, festival organizers in 8 countries are uniting to put on a “Tomorrowland” music event that will help whitewash Israel’s racist system of apartheid, military rule, siege over 2 million people, and ongoing, grave violations of Palestinian human rights. Sign up for this thunderclap to say NO to Tomorrowland, NO to Israeli apartheid. 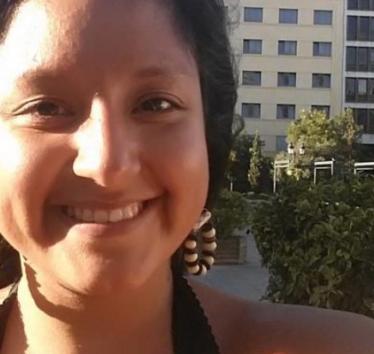 In the last ten years, an old scholarly paradigm that was used for the historical analysis of European settler movements in various parts of the worlds, and in different periods, resurfaced in the 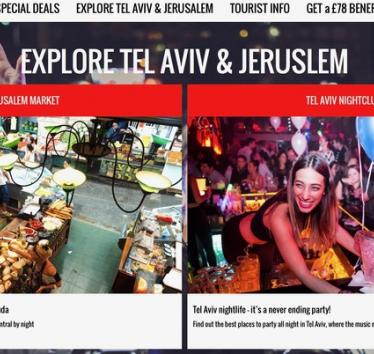 Marketing blitz fails to stop slide in tourism to Israel

Tourism to Israel fell again in 2016, continuing a negative trend that began with the

Academics from across Europe have written in support of Eleonora Roldán Mendívil, an academic at the Free University of Berlin who is being victimised for their support for Palestinian rights 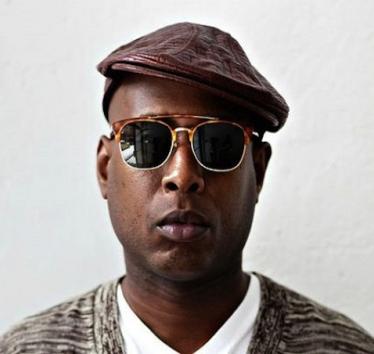 Earlier in December, Talib Kweli's sold out show at Conne Island in Leipzig, Germany, was cancelled as a result of the artist's vocal support of Palestine. In reaction to this, Palestinian cultural institutions have signed a letter highlighting their support and thanks to the artist's position on Palestine.

Around 200 leading legal experts have signed a statement defending the Palestinian Boycott, Divestment, Sanctions movement (BDS) as a lawful exercise of freedom of expression.

German: Statement by legal scholars against criminalization of BDS for Palestinian human rights

Amid fierce debate, members of German think tank take a stand on Gaza

Why We Need an Open Debate on Israel

Is Israel a threat to world peace? German writer Günter Grass has been blasted as an anti-Semite this week for making just such a claim in a new poem. But while the verse may not win any awards, Grass has kicked off an important -- and long overdue -- debate. And, he's right.

A great poem it is not. Nor is it a brilliant political analysis. But the brief lines that Günter Grass has published under the title "What Must Be Said" will one day be seen as some of his most influential words. They mark a rupture.