Skip to main content
In the News
This article is reposted from
The LA Times Editorial Board
, click here to read the original article.

LA Times editorial: Boycotts of Israel are a protected form of free speech

July 20, 2016
/ By
The LA Times Editorial Board
/
US
In this groundbreaking editorial, the LA Times editorial board speaks out against undemocratic attempts to undermine the BDS movement 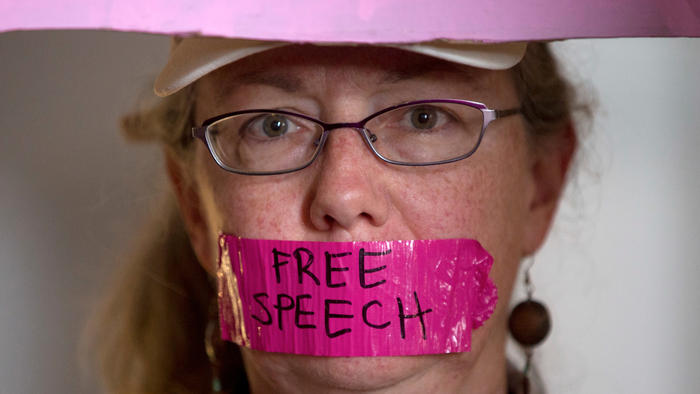 In recent months, a number of states have passed laws or taken other official actions to punish companies that participate in boycotts against Israel. California soon may do the same. But if it does, it will be making a mistake.

You don’t have to support the so-called Boycott, Divestment and Sanctions movement to be troubled when state governments in this country penalize American citizens for their political speech. As the Supreme Court has recognized, boycotts are a form of speech, protected under the Constitution.

The BDS movement has been the subject of much heated debate in recent years. It calls on people and companies to boycott Israel until that country ends its occupation of “all Arab lands,” ensures equal legal rights for its Arab citizens and accepts the right of Palestinian refugees to return to the former homes of their families in Israel. Some supporters of BDS accept the “two-state solution” in which Israel and an independent Palestine would exist side by side; others don’t.

Although BDS hasn’t inflicted significant economic damage on Israel, the movement’s increasing visibility — especially on some American college campuses — has alarmed Israelis and their supporters in the United States. Many supporters of Israel have sought to portray the BDS movement as anti-Semitic.

One result has been a flurry of actions in state capitals, from a law in Illinois divesting state pension funds from companies refusing to do business in Israel or the Palestinian territories to an executive order by New York Gov. Andrew Cuomo providing for the disinvestment by state agencies under his control from companies engaged in “boycott, divestment, or sanctions activity targeting Israel.” Most recently, the New Jersey Legislature passed a bill barring the investment of state pension and annuity funds in companies that boycott Israel or Israeli businesses.

Do such laws violate the 1st Amendment? Although the Supreme Court has held that government may engage in its own “speech” and express its own opinions, it also has held that government may not deny a benefit to a person (or a company) because he holds the “wrong” opinion. In our view, denying state business to an otherwise qualified contractor simply based on its views about Israel — and its participation in a legal boycott — goes beyond “government speech” and raises serious constitutional concerns.

In California, the situation has grown even more complicated. Opponents of BDS in the Legislature previously proposed a bill that would have forbidden state contracts with companies engaged in a boycott of Israel. But after legal objections, the legislation was radically reconfigured.

The latest version, approved by a state Senate committee last week, no longer seeks to penalize boycotts directly. Rather, it targets violations of existing anti-discrimination laws that take place under the pretext of a boycott or other “policy” aimed at “any sovereign nation or people recognized by the government of the United States, including, but not limited to, the nation and people of Israel.” The bill would require any person who seeks to contract with the state to certify, under penalty of perjury, that it hasn’t engaged in discrimination as part of such a policy.

This shift to an emphasis on individual rights may solve some of the 1st Amendment problems in earlier versions, but it also raises the question of why this proposed law is necessary at all. The state’s Public Contract Code already says that contractors may not discriminate “on the basis of age, sex, pregnancy, maternity leave status, marital status, race, nationality, country of origin, ethnic origin, disability, sexual orientation, gender identity, religion, or political opinion.” Why is it necessary to reiterate what already is the law — and to throw in a specific mention of boycotts and Israel?

Also, it’s difficult to imagine a scenario in which a company boycott aimed at a “sovereign nation” would result in discrimination against an individual employee or customer. And if it were to happen, there already are laws on the books to address racial and religious harassment. One theory is that the law, if passed, might lead to a lawsuit claiming that a boycott created a “hostile workplace environment” for a Jewish employee. But that strikes us as a far-fetched claim.

The proponents of this bill are desperately eager to single out and punish companies that engage in boycotts against Israel. Realizing that their initial proposal ran contrary to the free speech protections guaranteed in the Bill of Rights, they have now come back with a convoluted, redundant and most likely ineffectual bill that allows them to say they’ve passed an anti-BDS bill.

In California, as elsewhere in this country, support for Israel is strong — which is why laws aimed at boycotts of the Jewish state are a solution in search of a problem.

Politicians are free to denounce BDS if they choose. But they must do so without infringing on the rights of their constituents.