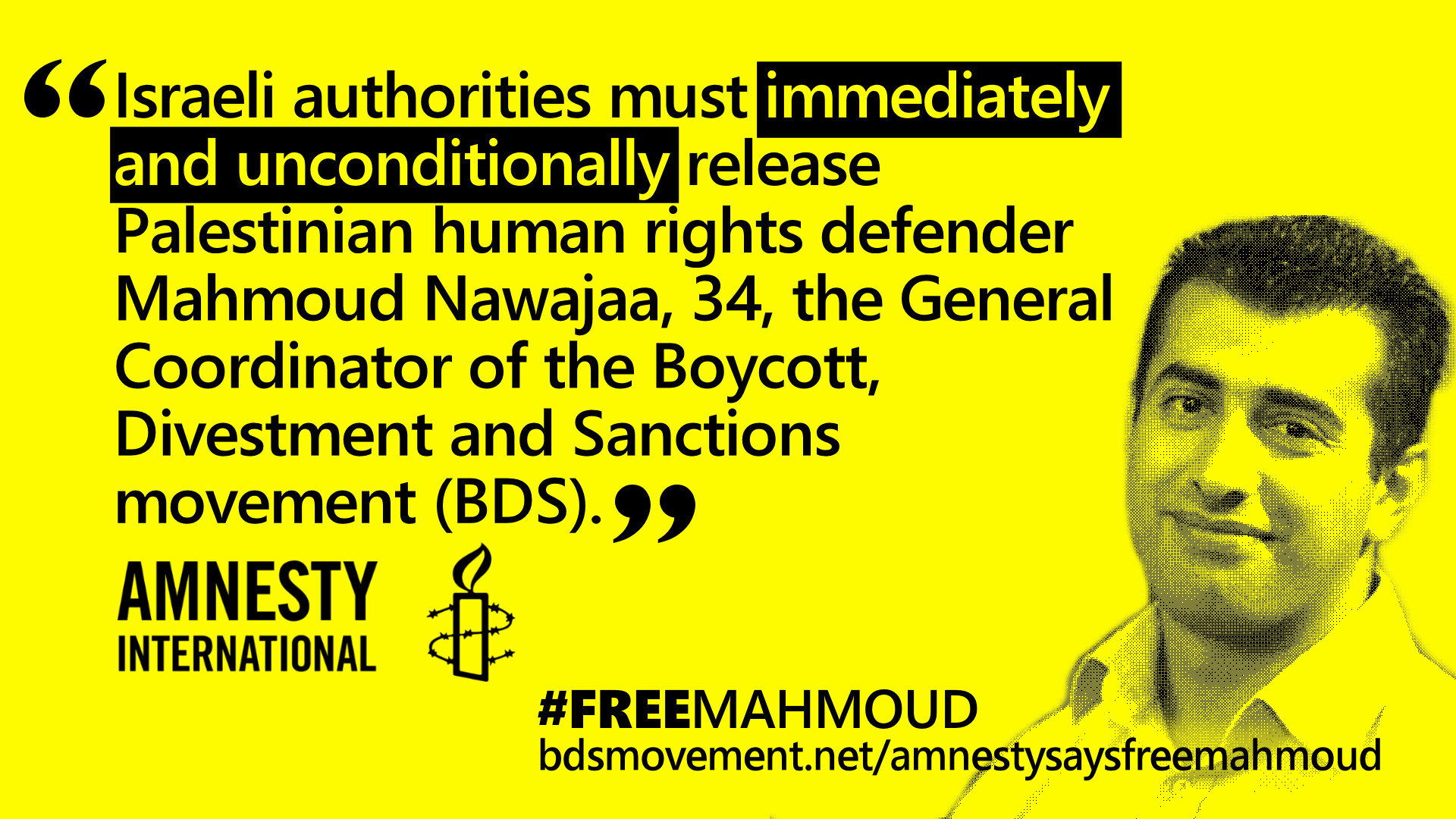 As Israeli authorities continue to deny Palestinian human rights defender and BDS Coordinator Mahmoud Nawajaa his right to see his lawyer, keeping him in their interrogation dungeons,  Amnesty International calls for international pressure to #FreeMahmoud and to protect BDS campaigners globally. Please use and share this statement widely, including media, and mobilize pressure on governments and parliaments to demand from Israel to #FreeMahmoud.

the international community as a whole has generally failed to take concrete action to pressure Israel to stop such practices. This has been interpreted by Israeli officials as a green light to continue them. The international community should make it clear that Israel’s attacks against human rights defenders and other voices who criticize Israel’s occupation will not be tolerated.

Israeli soldiers arrested Mahmoud Nawajaa from his home during a night raid on July 30. Israel has denied his right to consult with his lawyer since his arrest.

Here’s what you can do to help us #FreeMahmoud: 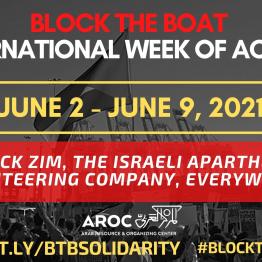