UN Secretary-General, Antonio Guterres, spoke on Thursday to the UN General Assembly and presented parts of his new report, which will be discussed by the Human Rights Council next week.

The UNSG report documents the widespread use of spyware, specifically the military-grade Pegasus program from the Israeli company NSO Group, for intimidation and reprisals against human rights activists. Activists in Palestine, Bahrain and Morocco have been detained, tortured and sexually assaulted by security forces armed with Israeli spyware.

This report confirms yet again how dangerous and lethal this cyber weapon is, and the extent of its chilling effect on free speech.

Guterres warned that spyware undermines human-rights work, as is exemplified by the violent repression of Palestinian civil society organizations by Israeli occupation forces.

NSO Group, which takes pride in its very strong connections to the Israeli government, justifies selling its espionage weapon to authoritarian regimes by insisting that it received Israeli Ministry of Defense approval, even encouragement, for all those sales.

Apartheid Israel field-tests on Palestinians under its settler-colonial rule its tools of oppression and repression, such as spyware, and then exports them mostly to authoritarian regimes and dictatorships worldwide for profit and diplomatic influence. 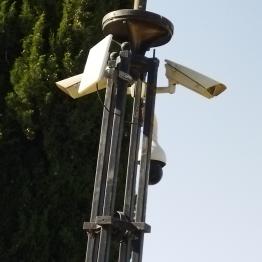 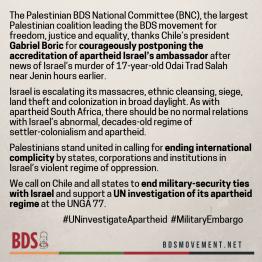 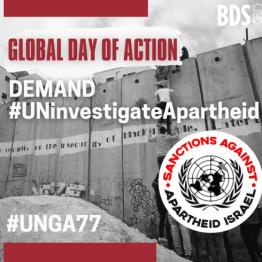 Join thousands of supporters worldwide for our #UNGA77 Global Day of Action!