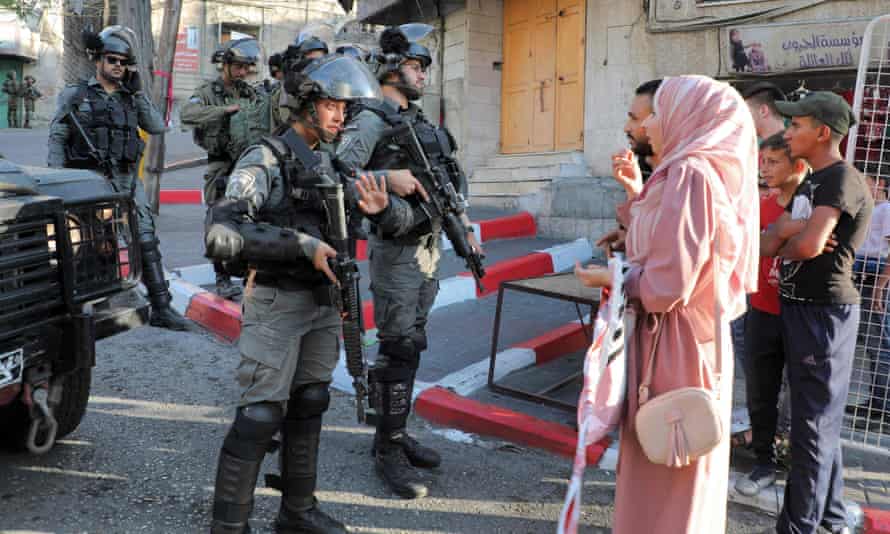 This week, world leaders have gathered in New York for the 76th session of the United Nations general assembly, struggling to prove its continued relevance in a bruised world. The major themes so far have been the climate crisis, vaccinating the world against Covid-19 and the new regime in Afghanistan – and rightly so. But there is another issue that also demands our attention, where progress could restore faith in the general assembly’s ability to act: the deepening regime of Israeli Jewish supremacy over millions of Palestinians, which has been recognised by more and more observers as a regime of apartheid. We join many global leaders in calling for the general assembly to investigate this regime, and consequently take the necessary measures of accountability to dismantle it.

Last year, in response to Israel’s plans to annex further land in the occupied Palestinian territory, we were joined by tens of Arab civil society leaders and diplomats in calling for sanctions against Israel and defending the right of Palestinians to engage in legitimate resistance, including through boycott, divestment and sanctions. This is to safeguard not just the inalienable rights of the people of Palestine, particularly to self-determination, but also the sanctity of the international rule of law.

Through its relentless annexation, and expansion of its absolute control over all of Palestine, Israel blatantly denies the inalienable right of the Palestinian people to existence and sovereignty in their own homeland. It also destroys the basis of any solution based on the tenets of international law, while further entrenching a legislative system of institutionalised discrimination, segregation, and inequality, through laws and policies, throughout the entirety of historic Palestine. This system meets the UN definition of apartheid.

The Palestinian people – whether under occupation in Gaza and the West Bank, including Jerusalem, inside Israel or living as refugees and forced exiles – has waited for decades for the UN to implement the tens of resolutions it has adopted in support of Palestinian rights. Working to undo Israeli apartheid would give Palestinians, and every other community suffering from injustice around the world, hope that justice can indeed prevail.

Apartheid anywhere is a crime against humanity, and states as well as the UN are responsible for abolishing it. The general assembly played a critical role in defeating apartheid in southern Africa, which it regarded as a threat to international security and a flagrant violation of the UN charter and the right to self-determination of peoples under colonial and foreign domination. It called on all states to sever military, economic, cultural and diplomatic relations with South Africa and established a special UN committee and centre to help eradicate apartheid. It is high time for the UN to do the same with Israel.

Leading Palestinian organisations have for decades been condemning and documenting Israel’s perpetration of the crime of apartheid against the Palestinian people. In June 2020, 47 independent UN human rights experts authoritatively stated that Israeli government plans to illegally annex large parts of the occupied West Bank would constitute “a vision of a 21st-century apartheid”.

Since July 2020, 10 former heads of state, more than 700 MPs, and scores of social and Indigenous peoples’ movements from across Asia, Africa and Latin America have joined the Global South Response, expressing support of Palestinian civil society’s call for a UN investigation of Israeli apartheid and for consequent targeted and lawful sanctions to end it.

In January 2021, the Israeli human rights group B’Tselem published a damning report, titled, “A regime of Jewish supremacy from the Jordan River to the Mediterranean Sea: This is apartheid.”

In April 2021, Human Rights Watch published its own historic report, “A Threshold Crossed”, detailing how Israel’s policies against millions of Palestinians amount to the crimes against humanity of persecution and apartheid.

The states of South Africa and Namibia, where people have successfully overcome apartheid, have recognised Israel as an apartheid regime and suggested UN mechanisms to investigate it.

In June 2021 Ban Ki-moon, the former UN chief and vice-president of The Elders, also suggested that Israel is imposing apartheid on Palestinians, arguing that it is “conflict is between a powerful state, Israel, controlling Palestinians through ‘open-ended occupation’”.

It is incumbent on the UN, then, to urgently investigate Israeli apartheid as a first step toward dismantling it. In the meanwhile, states are called upon to adopt effective accountability measures to show Israel that there are serious consequences to its violent and relentless violations of Palestinian rights and its disregard of the rule of law. Silence, vague diplomatic statements, or rhetorical condemnations will not deter Israel from continuing to methodically dispossess and oppress Palestinians. A serious riposte must involve a broad range of effective and targeted sanctions by the world community that has respect for international legality and human rights.

UN member states can begin by imposing a two-way military-security embargo on Israel and prohibiting all trade with complicit companies that are listed in the UN database of businesses implicated in Israel’s illegal settlement enterprise. By standing against Israeli apartheid, the UN general assembly can truly express the world’s conscience and demonstrate its relevance in the global pursuit of freedom, justice and equality for all.