It's past time for #UNInvestigateApartheid

In 2021, the Global South joined Palestinians in calling for #UNinvestigateApartheid. 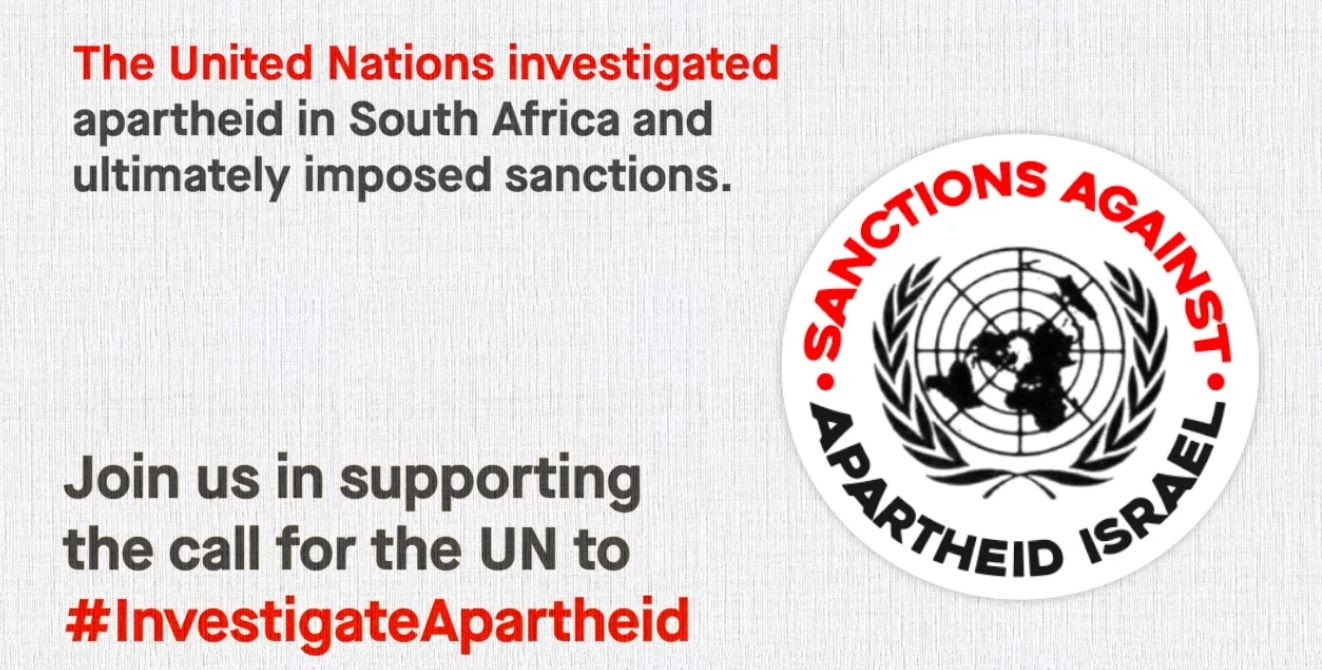 For decades, Palestinians have known that Israel’s colonial regime amounts to the crime of apartheid. This year, states and civil society from across the world have joined Palestinians in calling for a UN investigation of Israel’s apartheid.

Help us strengthen our fight against apartheid. Donate now!

From the global south, Namibia and South Africa, that have struggled against and defeated apartheid in the past, as well as Malaysia, have raised attention in the UN system about Israel’s 21st century apartheid.

Human Rights Watch released its report, ‘A Threshold Crossed: Israeli Authorities and the Crimes of Apartheid and Persecution’, reiterating the call for a UN investigation as well as targeted sanctions and conditioning military and security relations.

The Global South Response initiative, endorsed by 10 ex-Presidents and hundreds of MPs from Asia, Africa and Latin America, was launched in 2020 by civil society groups to mobilize and consolidate support for UN mechanisms against Israel’s apartheid and for an arms embargo against it.

The initiative is building intersectional and anti-racist solidarity centering the Palestinian and global struggle against Israel’s apartheid.

International solidarity and action by the United Nations contributed to ending apartheid in Southern Africa. It’s time for the same to be mobilized against apartheid Israel.

Your support got us to this point. Help us to step up the pressure. Donate now!